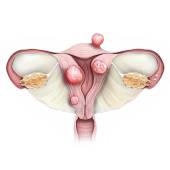 Fibroids are non-cancerous (benign) tumours, commonly seen in women of childbearing age. Fibroids are composed of muscle cells and other tissues. They develop in and around the wall of the uterus or womb. Uterine fibroids are usually round or semi-round in shape. Based on their location within the uterus.

uterine fibroids can be classified as:

The exact cause for the development of fibroids remains unknown, but some of the proposed causes include:

The majority of women with uterine fibroids may be asymptomatic. However, the basic symptoms associated with fibroids include:

The diagnosis of uterine fibroids involves a pelvic examination, followed by ultrasound evaluation. Other imaging techniques such as MRI scan and CT scan may also be employed.

Different methods are being used for managing uterine fibroids. Surgery is considered the best modality of treatment. The common surgeries performed for the management of fibroids include:

Some studies indicate that the presence of uterine fibroids during pregnancy increases the risk of complications such as the first trimester bleeding, breech presentation, placental abruption, increased chance of caesarean section and problems during labour. 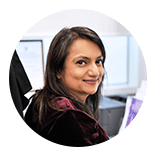